Born in 1966. Director, screenwriter. Graduated from the Faculty of Theater Studies and the Directing Department of the Warsaw Theater Academy. In the 90s she was associated with the Studio theater (among others: "Saint Petersburg Billiards" according to F. Dostoevsky, "The Weir" and "Dublin Carol" by C. McPherson) and the National Theater in Warsaw ("Old Times" by H. Pinter, "Slaughterhouse" by S. Mrożek) In 1999 she transferred, together with Italian directors, "The Decalogue" of Krzysztof Kieślowski and Krzysztof Piesiewicz to the stage of the Bologna Theater. For several years, he has been working at the Dramatic Theater in Warsaw ("Red" J. Logan, "Dangerous Method" Ch. Hampton, "Ten Second Home" White Sharr, "Wrecks" N. LaBute, "Venus in the Fur" "D. Ives.) She directs at the Polish Television Theater and Polish Radio Theater, often based on his own adaptations of non-dramatic texts. She is permanent related with National Theatre. She directs many plays there including „Old Times” by Harold Pinter (2000) and „Slaugterhouse” by Sławomir Mrożek (2005). She also collaborates with Old Theatre in Kraków („Dekalog 2 i 8”, „Fantaom”); Coast Theatre in Gdańsk ("Wojna polsko-ruska", by Dorota Masłowska); Wola Theatre ("Rozkłady jazdy", "Krzywa Wieża"); Ateneum Theatre ("Proof"); Nowy Theatre ("Niebezpieczne związki"). After 2013 she is connected in Dramatyczny Theatre in Warsaw (directed: "Red" about Mark Rothko, "Dangerous Method" written by Christopher Hampton. She frequently works for Television Theatre where she directed more then 15 spectacles e.g. "Moje pierwsze honorarium" by Izaak Babel, "Szczęśliwy Książę" by Oscar Wilde, "Venezian Portrait" by Gustaw Herling-Grudziński. She is working also at the Theatre of Polish Radio. Her last work is Caryl Churchill's play: "Escape Alone". Direction film and screenplay in TV Theatre 2021 - ”That Face” by Polly Stenham (editing now) 2020 - "Chopin. Caribbean Key" (Antyle Chopina) 2020 - "Nowhere" (base on Mariusz Szczygieł novel) 2018 - FRYDERYK 2016 - CLEAN UP (based on the play by Sara Ruhl) 2009 - OPERATIONAL GAMES 2007 - CODENAME: PLAYER 2005 - AMERICA PART TWO (based on play Biljana Srbljanović) 2004 - THE WEIR (based on play Connor McPerson) 2000 - NUMBERS 1999 - VENETIAN PORTRAIT 1998 - MASTER 1996 - HAPPY PRINCE (based on the story of Oscar Wilde) 1995 - ABOUT A GIRL WHO HANGED THE BREAD 1995 - MUSIC GUARD 1994 - MY FIRST HONORARY (based on the story of Izaak Babel) As a film screenwriter She collaborated with Krzysztof Piesiewicz on the screenings of "Hell". "Purgatory" and the trilogy "Faith", "Hope", "Love", and with Andrzej Wajda on the film "Katyń" by Andrzej Wajda. 2020 Chopin. Caribbean Key (Antyle Chopina) Most important awards: 1999 - Honorable mention for the "Venice Portrait" in the Contemporary Polish Contest. 2001 - Grand Prix and Grand Audience Award for the show "The Weir" Conor McPherson at the NATIONAL REVIEW THEATERS "KONTRAPUNKT" in Szczecin. 2012 - Polish Radio award Don Quichot for the debut 2017 - Grand Prix for "Cleaned Up" at the Festival of the Polish Television 2018 - Award of the International Association of Theater Critics for "Cleaned Up" 2020 - "Nowhere" ZASP award for the entire team
Website:
culture.pl/pl/tworca/agnieszka-lipiec-wroblewska

CHOPIN. Caribbean Key
It is a story about the music on Curacao Island. Especially about Caribbean receptions of the greatest Polish composer, Fryderyk Chopin,  which is also known on the Caribbean Island of Curacao
It is a story about the Antilian history of Chopin’s music and the fate of the people who created it. Here, in the 19th century, the “Caribbean Mazurka” was composed, inspired by Chopin’s Mazurek. For many years this piece has been a “national dance” on the island of Curacao. The music and its transformations reflect the tragic history of this island and its seemingly distant but profound resemblance to Chopin’s music.
One of the protagonists in the documentary is Randal Corsen, the most outstanding pianist on the island. The musician plans to write pieces inspired by Chopin, for traditional instruments and in a new arrangement. He also intends to invite contemporary musicians from Curacao, who have not yet played Chopin, to participate in the concert. In the final “Traces of Chopin” concert, a classical Chopin piano is presented by Janusz Olejniczak – an internationally recognised composer, enthusiast and interpreter of Chopin’s music – accompanied by the lively, wild and polyphonic music of the island today. It is original music that tells the difficult history of this wonderful island of Curacao. 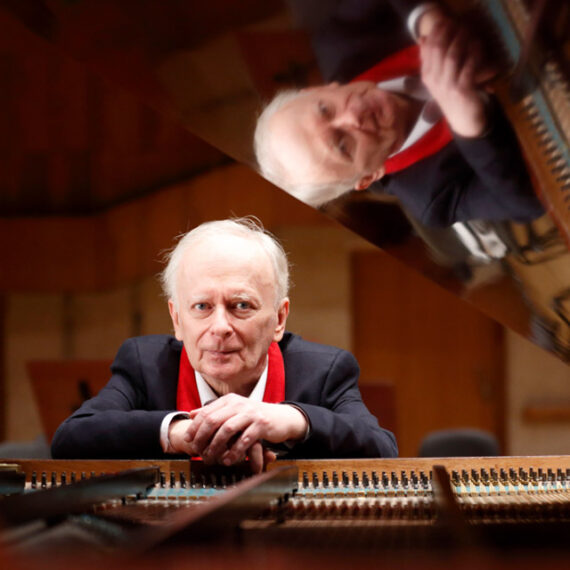