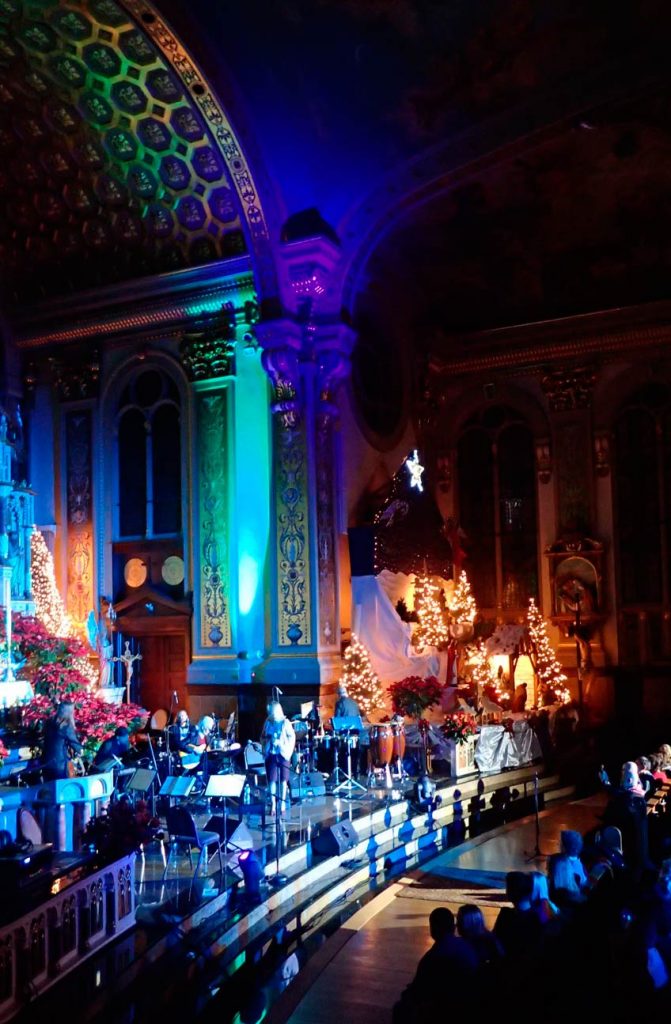 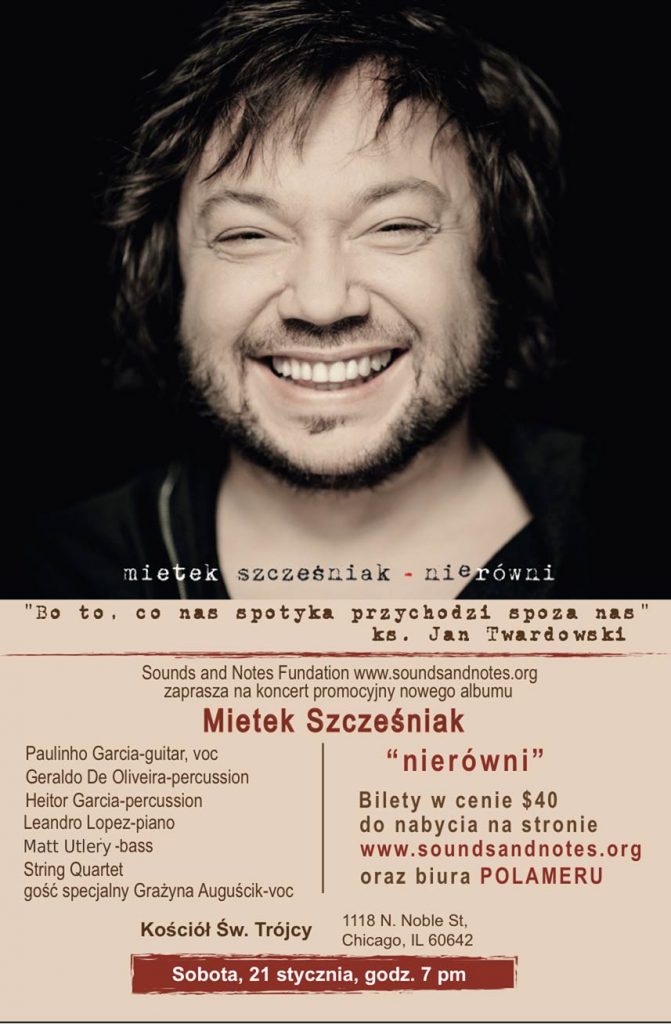 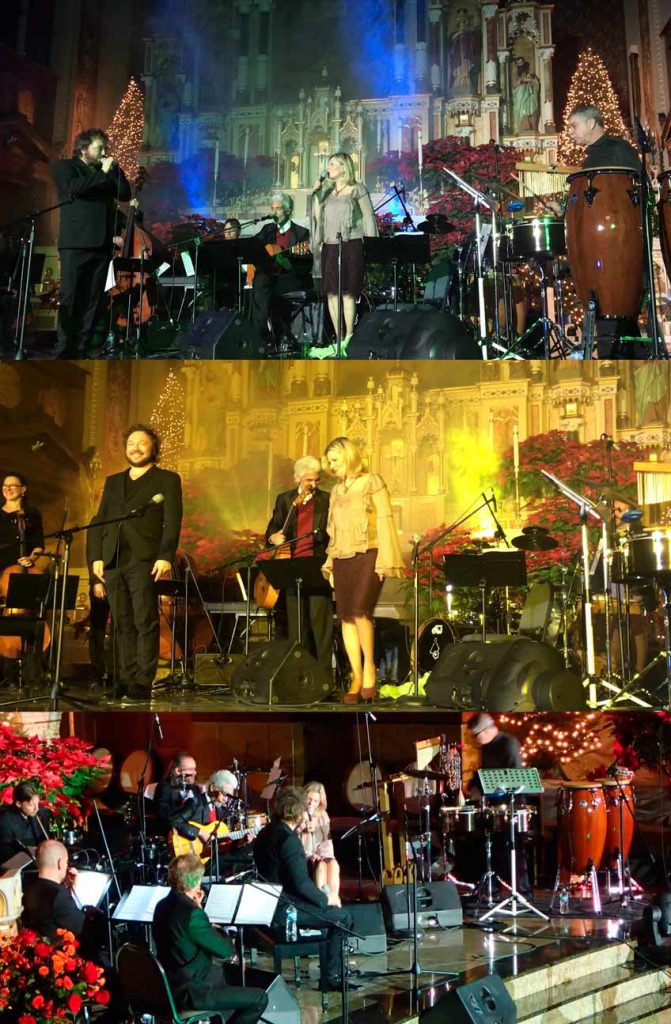 Only one Special concert in Chicago

“That which we encounter comes from outside of us.”

The content of the concert are pieces from Mietek Szcześniak’s newest album titled “Nierówni” (English: “Unequal/Uneven”).

Szcześniak has dreamed about the album for many years. His composition for priest Jan Twardowski’s poem titled “Wiersz z banałem w środku” (English: “A Poem with a Ciché Inside”), published as a song (sung by Szcześniak) titled “Spoza nas” (English: “From Outside of Us”), became a great hit, Szcześniak’s most popular radio and greatest hits song.

The artist’s aim was simple: to share his love for Twardowski’s poetry and to move the poems from hearts to heads and mouths, so that they can be sung and danced, and evoke emotions expressed with free laughter and crying, like in Twardowski’s poems.

The form was designed so as to add a touch of lightness and emphasize things which are the most important for a poet and composer: warm hope, affirmation of poetic simple-heartedness, distanced and natural – everyday and extraordinary – wisdom.

That is why the poems chosen by Szcześniak are told in compositions which evoke the acoustic, light, and sunny Brazilian music – its clearly distinguished types: bossa nova, samba, chorinjo, and sao.  The whole album is acoustic, with a noble, organic sound.  The content is complemented with great form: it was recorded by Brazilian musicians in the United States. Instruments: guitar, bass, piano, three percussionists, choirs (including Grażyna Auguścik) and a string quartet arranged by Krzysztof Herdzin.

Mieczysław Szcześniak has recorded eight solo albums. He received three Fryderyk awards and the Amber Nightingale award during the Sopot Festival. Fans love his talent, unique timbre, and unparalleled feeling among Polish soloists. His artistic activity represents the most unique and refined aspects of music.